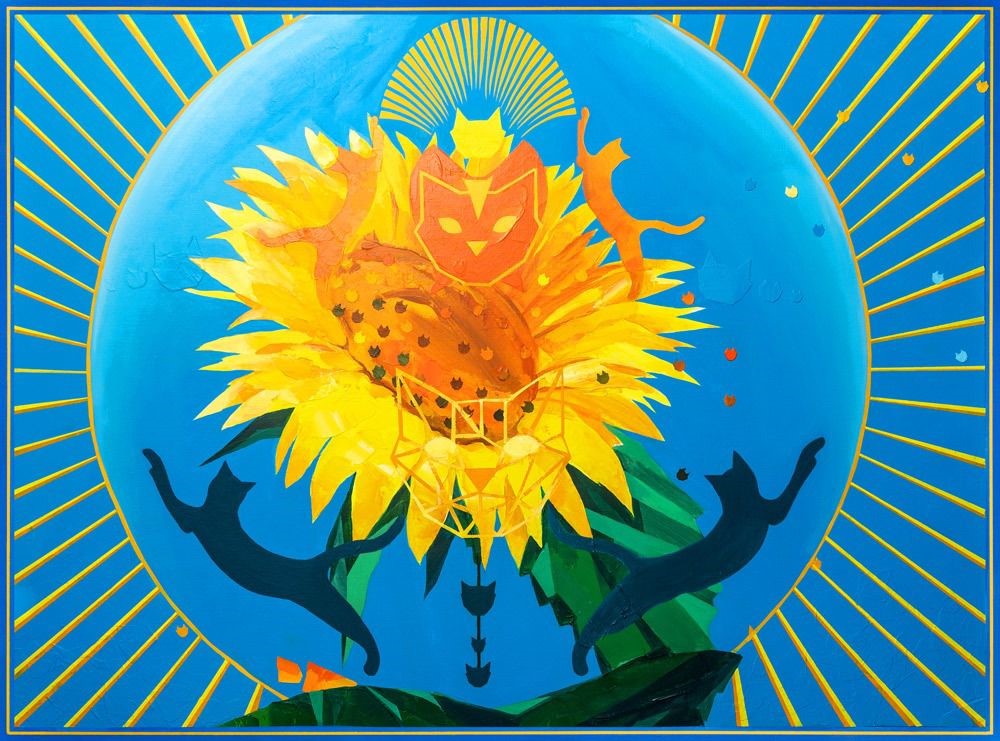 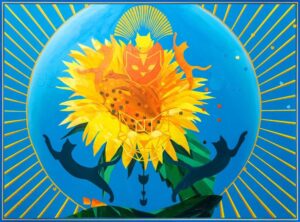 A new landmark work “Sunflower” from the famous series “Cats-Flowers” by the non-trivial Ukrainian artist Tetiana Ramus. The painting, in its inherent symbolism, combines traditional Ukrainian archetypes – the yellow-blue colors of the national flag, a dream, a children’s image of the sun and with already recognizable author’s cats, the artist’s emblem and its various structural modifications, twists it into a symmetrical composition, thereby referring to the image coat of arms-shield-talisman.

An apt and relevant artistic statement in which the inner personal is combined with social drama and despair.

Tatyana Ramus is a Ukrainian artist, designer, author and host of TV projects.

At the center of the ARTRAMUS world is a bright, original Feminine essence that destroys stereotypes. The individuality, strength, depth characteristic of every Woman, her constants and transformations, are expressed through the metaphor of the image of a Cat, capable of being in several dimensions at the same time, and which is characterized not only by multiple shades of moods, but also absolute freedom and balance.

Based on her works, Tatiana creates sculptures and art spaces by transferring images to various objects. Winner of the Mazzoleni Foundation Award in the category “International Artist” (Venice, Italy, 2017).