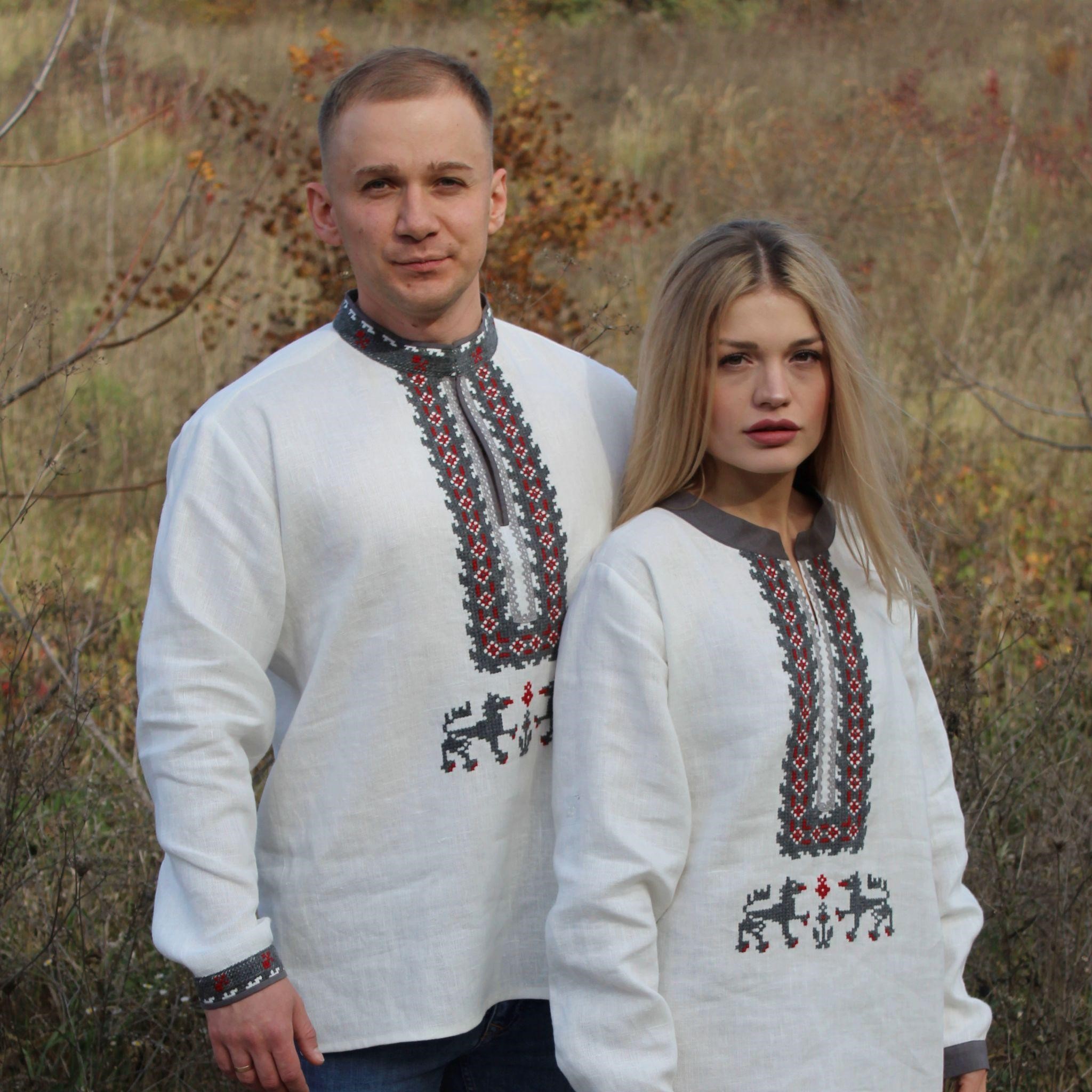 Pair of handmade embroidered “Wolves” from the “Carpathian beasts” collection 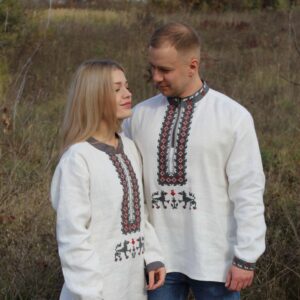 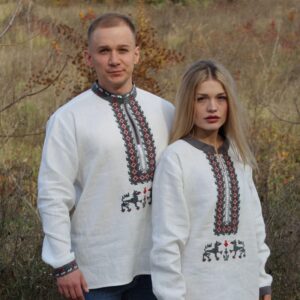 Carpathian motifs became the creative impetus for the extreme collection. It was on the armpits of Verkhovyna shirts that a paired image of animals and birds was used. These ancient totems protected the owner and at the same time showed who he was.

Ornaments with a wolf are exceptional. The masters chose him because the predator was a totemic image of warriors. According to popular belief, characteristic Cossacks turned into wolves, and moreover, this is an image that has firmly attached itself to the invincible Kosher Sirk.

The clothes were created from natural linen, which has a dense textured weave. The fabric is as similar as possible to the homespun cloth from which embroidered shirts were made centuries ago.

Craftswomen decorated clothes with woolen thread according to the tradition of decorating the western regions of Ukraine. For symbolism, gray threads were chosen to emphasize the “wolf” ornament and red threads as the archetype of blood and life.

“Carpathian beasts”— a collection beloved in local legends, fairy tales and charms of the primeval forest. These clothes are for the brave at heart and those who want to return to the depths of their roots. Are you among them?!

*For many years, Koza Dereza Manufacture has nurtured Ukrainian culture in crafting. The workshop from Ternopil combines authenticity and modernity, and the team is sincerely in love with their work.

Every year, Koza Dereza is invited to exhibitions in France, Germany, Great Britain, the USA and Japan, in particular at Maison&Objet (Paris), Top Drawer (London), “Atlanta fair” (USA), “Giftex” (Japan). For 5 years in a row, the products of the workshop have been selected for the Frankfurt trend zone “Christmas word”.

Koza Dereza has become an ambassador of Ukrainian style in the world of decor, because she speaks about Ukraine through art. It is important for the team to take care of the quality, safety and environmental friendliness of the products so that they can be collected and handed down as a legacy.