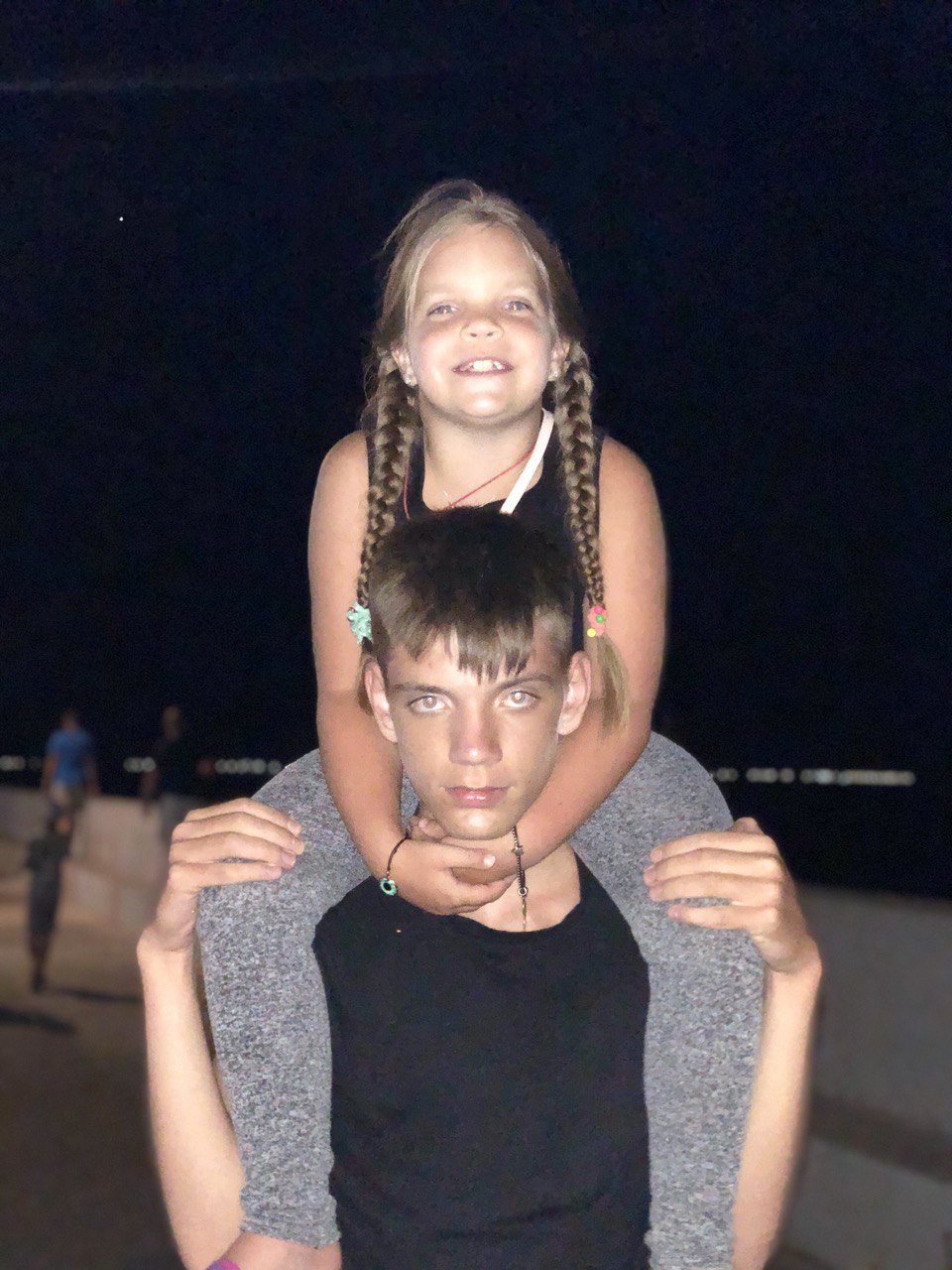 In July, we held 2 holidays for children as part of the campaign “Returning childhood stolen by war to Ukrainian children”, we gave almost 100 children everything they needed for summer rest and development.

Already this week, we are summing up the interim results of the first part of the campaign.

But the most important thing for us is the joy in the children’s eyes, which, at least for a while, replaced fear and sadness.

Behind every child is a difficult story, one of them is the story of Misha and Liza, who were evacuated from Kharkiv to the Dnipro.

“From the first day of the war, our Saltivka district was the first to be hit. Waking up at 4:20 a.m. from the explosions, we quickly collected documents, medical cards, the most basic things, water and everything in the refrigerator, and moved to the basement of the old cinema, as we knew that there are deep and spacious rooms, we lived there for almost a month, in the morning we ran to get bread and groceries, stood in queues at the pharmacy (there were cases when in the cold, after standing in line for 3-4 hours, the window of the pharmacy closed and everything), due to stress, they constantly asked for sweets and to go to the toilet, at night they slept on my hands and knees to feel that I was near.

The daughter is an asthmatic, and on the 2nd or 3rd day she began to have an obstruction, the child was on sedatives, as she began to suffocate from fear. Although the son is older and as a man, he tried to keep himself dignified, but he was completely withdrawn, did not want to eat or talk, the child’s fingers were numb from fear, and this continued for up to 3 months.

On March 1, at about 5 in the morning, there was a very crazy arrival, and we lost light, and light means warmth and food and communication. We lived like this for another 3-4 days, and then the children began to get sick in the cold and dampness, in the morning we ran to the apartment in the second district to our grandparents, warmed up, the children tried to sleep in the warmth and on sofas with pillows, wash and eat, and in the evening again to the basement. This continued almost until the end of March, but the shelling increased, it became more and more dangerous to stand in kilometer-long queues near supermarkets, the arrivals were getting closer and closer, and the children were getting sicker and sicker and stopped sleeping at night, because it was very loud and everything was shaking, including the walls and roof and floor.

And so one morning at 8 a.m., not yet, and at 10 a.m. after the next shelling, we inherited what we could in 40 minutes (thank God that there was fuel in reserve) and left, the city is empty, exhausted, crippled and destroyed, but our dear, we were going and we dreamed and thought that we would return in 2 weeks, a maximum of a month, and at the moment we have been living in Dnipro for 3 months.

There is a lot to talk about, we were in the Ternopil region, and in 2 days we had to go back because there are simply crazy numbers for housing and we can’t handle it. Currently, we live with good people, thanks to the humanitarian headquarters we have something to eat, the children graduated from school in Dnipro.

The war took away a lot, the house and everything in it, work, time, health, but most importantly, not life!!! We all believe that the victory is ours, it will not be easy, but we will restore everything, rebuild and there will be happiness in the eyes of our children, and therefore in us too!!! Currently, children are very lacking in positive emotions, and for the future learning of gadgets, because learning from a phone is not convenient and is not very useful for vision (the eldest son generally has problems with his eyes, 20/50). Life has changed and will continue to change, but the most important thing is that it is there!”

Supporting the campaign and small Ukrainians is as easy as drinking coffee! Make a donation of any amount:

PAYPAL: fundmomplusme@gmail.com
⠀
Or find out from us what the children need and give the product immediately.