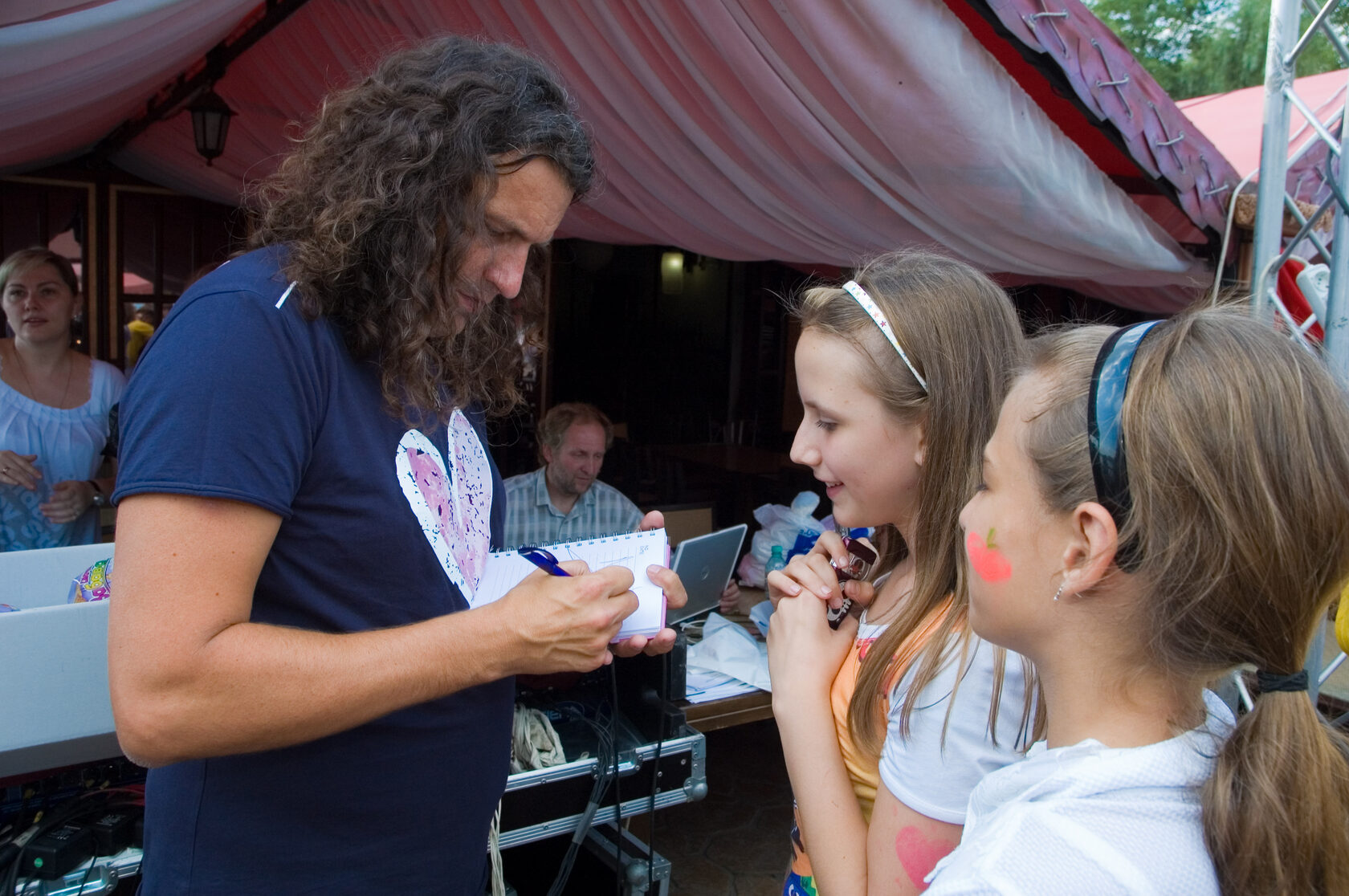 The support of stars is very important for charity. This is a chance to be heard. Famous people who support charity perform a very important mission: to bring goodness and light to the masses. Opinion leaders are always supported by their audience, which can become a real army of good. And for orphans, stars are generally like magicians, they are emotions from the meeting and pleasant memories for a lifetime.

For almost 15 years of work, many celebrities have become friends of our Foundation. In pre-quarantine times, when MAMA+Ya festivals were held every year in Dnipro, Zaporizhzhia, Kropyvnytskyi and Kyiv, each festival gathered celebrities – people with big hearts.

A special place in the history of the Foundation is occupied by Kuzma Skryabin. Kuzma was a close friend of our Charity Festival “Mama+Ya” for many years, he came to Dnipro, brought gifts to the children, communicated with our wards and was a real example

for children who had no parents. Children looked forward to each Festival, because they knew that a real friend would come to them with whom to laugh, sing songs, and simply be inspired!

In memory of Kuzma, in 2019, we opened the first “Mama+I” Festival in the city of Kyiv. Then our good friend Natalia Mogilevska performed together with the students of her TALANT SCHOOL

and sang the song “Personal Jesus”, which she dedicated to a friend.

When the pandemic forced us to suspend the festivals, we launched other projects to give orphans a chance for the future. In the conditions of quarantine, we needed even more support from the stars, especially information support.

The video clip can be viewed here

The video clip can be viewed here

Becoming a friend of our Foundation means lighting a fire in the eyes of orphans, bringing good to the masses, changing the world for the better, and positioning yourself as a socially responsible person. We are always open to any cooperation and kind hearts.