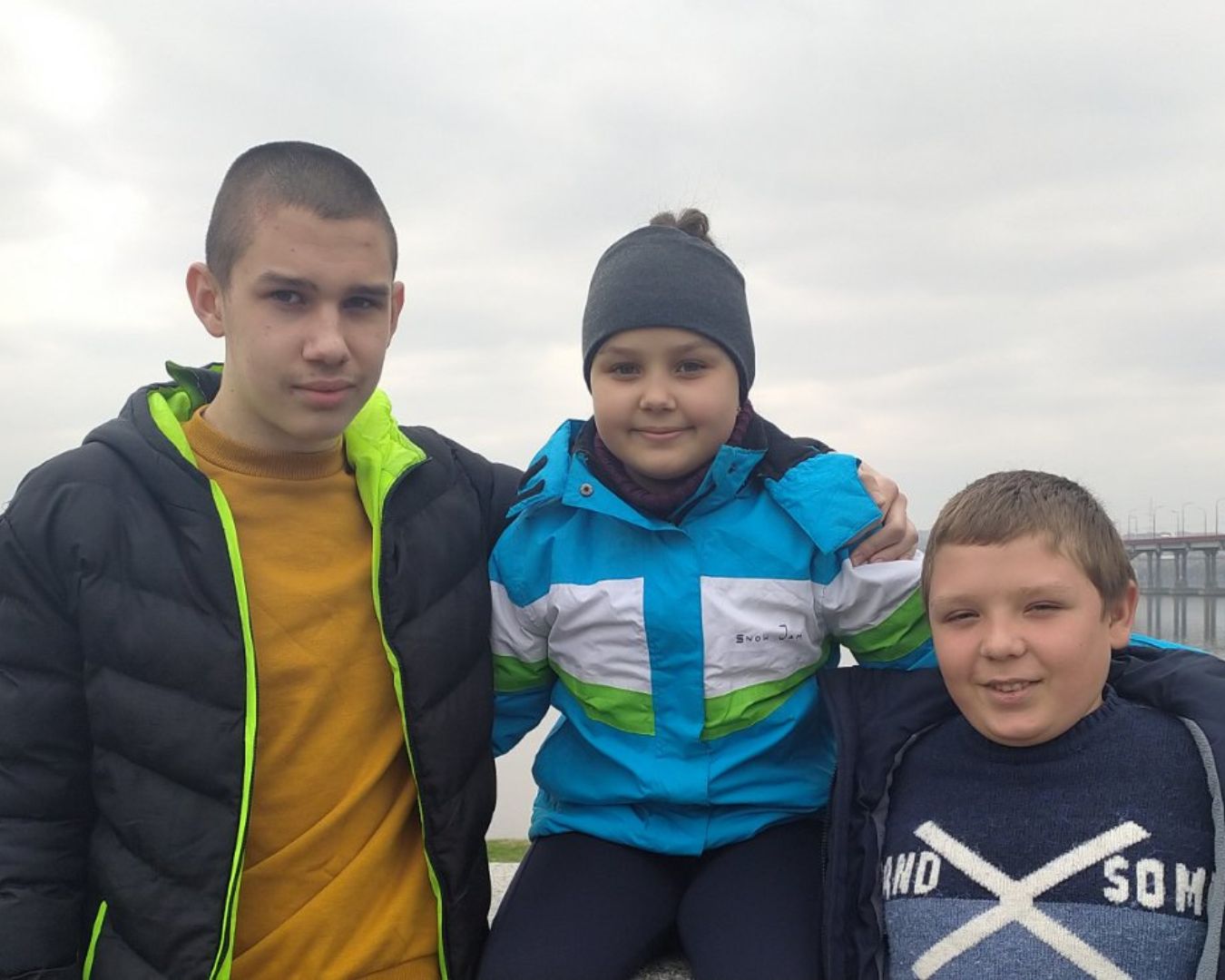 Returning the childhood stolen by the war: Igor, Kateryna, Rostislav

War steals childhood from our children every day!

Just imagine that children, who only have to develop and learn, are forced to grow up suddenly… Learning to live in a new place, realizing that their favorite things are no longer there. And some children do not even know if they will be able to see their parents again.

Let us introduce you to the new participants of the campaign “Returning childhood stolen by war to Ukrainian children”:

This is their story:

“At the end of February, hostilities began in our Lysychansk. At the beginning of March, electricity and water supply had already disappeared in the city. Later, the gas supply also disappeared. We had to cook food on a fire near the house, collect water from melted snow, hide from shelling in the basement. Until a certain moment, I did not want to leave my home, my relatives, and my friends. But then the patience broke and it was decided to leave.

Fate decreed that I ended up in the Dnipro with my children and nephew, who lived in the neighboring district of the city. They found themselves without relatives, work, housing, and household items.

It is very difficult for children to adjust to a new life when almost everything they are used to is lost. They won’t ride their bike, they won’t play ball with their friends, and it’s even harder for a nephew who doesn’t know if he’ll be able to see his parents again…

Children like to play active games, including football, volleyball, badminton, riding bicycles, roller skating. They also like to draw and read cognitive literature. The children finished the school year very well (the son and daughter excelled in studies).”

If you want to donate to help this family and children:

If you want to buy and give something that children dream about, write to us, we will give a list of what is necessary!

And although it is very difficult for all of us, every hryvnia will help these children get their childhood back!