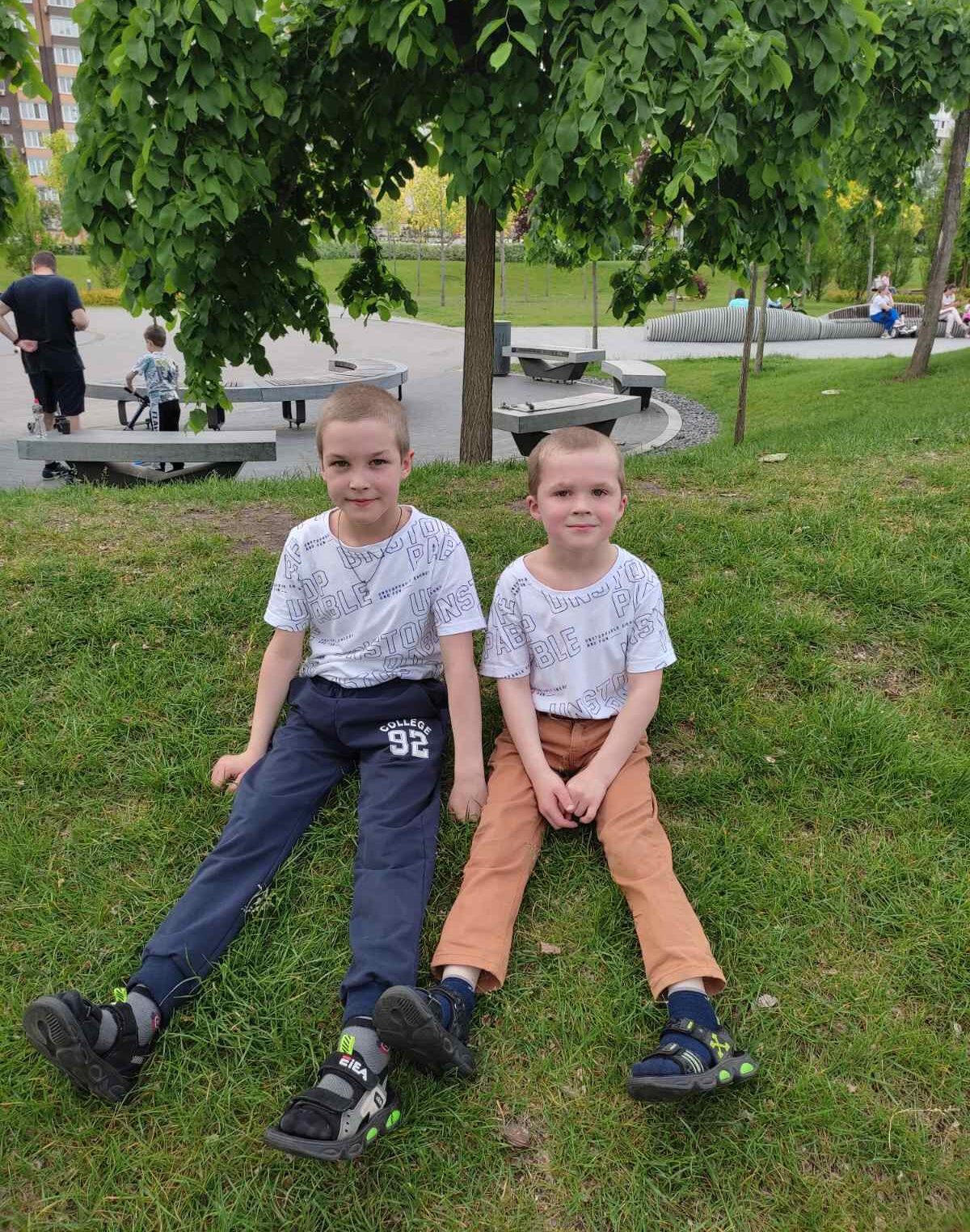 Returning the childhood stolen by the war: Nazar and Oleksandr

9-year-old Nazar and 5-year-old Oleksandr were evacuated together with their parents from Slovyansky district of Donetsk region. Their lives will never be the same again, because they will forever remain children of war.

“We were forced to leave our native home, which we miss very much and the children very often ask to go home. At first, in the first days of the war, we were not going to go anywhere. Gradually, they began to prepare the basement in order to hide with the children. Beds, blankets, chairs, water and everything else. But it became more and more scary to stay at home, explosions sounded more and more often, and equipment drove by day and night more and more often. Then we had to hide in the basements with the children from the loud and close explosions. I remember the first time when we ran to the basement, it was 11:20 p.m., the children were sleeping and a plane flew over the house. I took the children to the hallway, then quickly to the basement. The children’s eyes were very scared, they turned pale. We stayed for a few more days and had to go somewhere , so that the children are not afraid and do not hear those scary sounds.

No one wanted to leave, but they had to! At home, we had everything we had earned. House, furniture, things, toys – everything that was there over the years. But the grandparents, because they cannot leave. They have sick parents and they are with them.

Everyone’s life was broken, and most importantly, the children heard and learned everything for themselves, the terrible things of war! We are now with what we were able to take with us. There are a lot of toys left, which the children miss and ask to take home. Dreams are gone! One dream is Peace and for everyone to stay alive and return home.

The children dreamed of their birthdays, both sons met them in the Dnipro. The older one dreamed of a sporty big bike, the younger one of a scooter. But unfortunately the dreams did not come true, my husband lost his job on February 24, I did not work, because the children often get sick, the older one has bronchial asthma, the younger one has bronchitis. We are left without finances!

Life has changed a lot, the war has taken everything!! Children are afraid of any knock, bang, anything that resembles the sound of war! The school that my son went to no longer exists, there are a lot of arrivals in our village! But they still want to go home!“