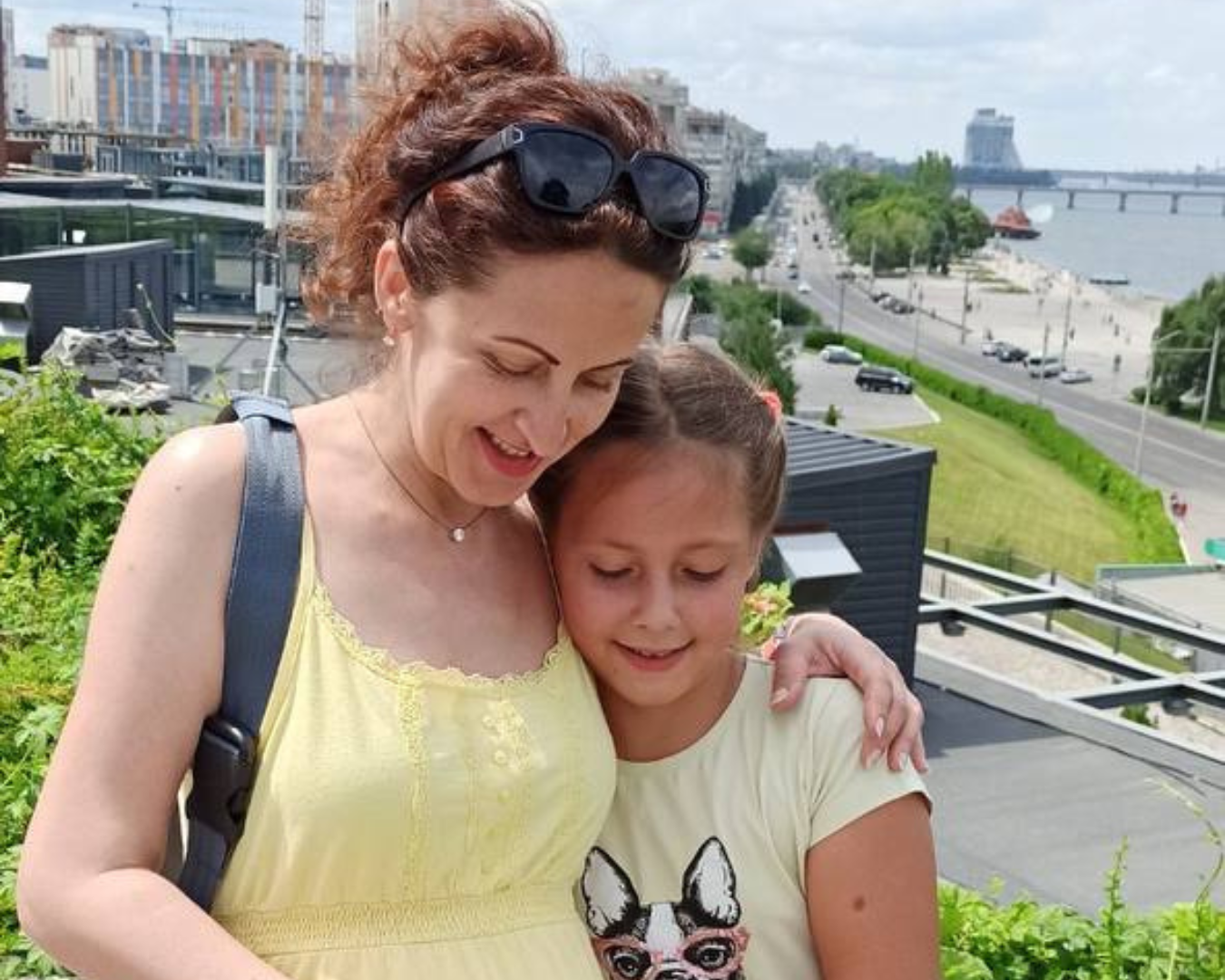 Returning the childhood stolen by the war: Veronika

As part of the campaign “Returning childhood stolen by war”, we want to help a family from Primorsk, Zaporizhzhia region – to give 9-year-old Veronika everything she needs for school and to provide things for her unborn sister. After all, we not only bring back childhood, but also help future children.

“Our family is a husband, myself, a 9-year-old daughter and a baby in the womb, immigrants from the Zaporizhzhia region, the city of Primorsk, Berdyan district. The city was occupied in the first days of the war. Although there were no battles or explosions nearby, we could not feel safe there for many reasons. Our future child played a decisive role in the decision to leave. When the doctors at the polyclinic said that the ambulance now does not go to the neighboring city at night (and we only have a maternity hospital there) and in that case we have to wait for the morning or drive ourselves during the curfew along the road where military equipment moves, we seriously thought, it is worth taking such a risk. And the periods when mobile communications and the Internet were completely turned off in the city kept increasing.

So even during the day it was not possible to call a doctor or any emergency services, call relatives or husband in case of need. Yes, there was almost no supply in pharmacies for 3 months, many medicines were disassembled in the first days of the war. At the moment when we started looking for ways out, there was only one road left – through Vasylivka in Zaporizhzhia. But there, too, checkpoints were periodically closed, not allowed in, bombed, people spent the night in the field under shelling for three days. It was scary to drive in such conditions with an older child, and even more so with a 32-week pregnant woman. Besides, even the fare did not guarantee anything. While a ticket to Zaporizhzhia used to cost up to 300 hryvnias, at the beginning of summer it was very expensive to go – they charged 3,000 hryvnias per person. We are very grateful to the “Dynamo” volunteer organization, which transported our and other families for free and safely during the day.

Yes, I forgot to add that schools in our city, at the request of the occupiers, are going to open with education only according to the Russian curriculum. Teachers who would not want to work in such conditions were told to resign, and parents who would not send their children to such a school were told to leave. We arrived in Dnipro with three backpacks and a package of food (because everyone was warned about the possibility of standing in the field for 3 days), so we took very few things, and only for the summer. In addition, they really hoped that our territory would be liberated by the end of the summer. But now there are no changes for the better. And for school here, the eldest daughter has nothing, except her backpack, so far. Of course, I do not work, my husband is looking for a job, we have not received any payments yet. I was even able to take maternity leave only here.”

If you want to buy and give something that children dream about, write to us, we will give a list of what is necessary.