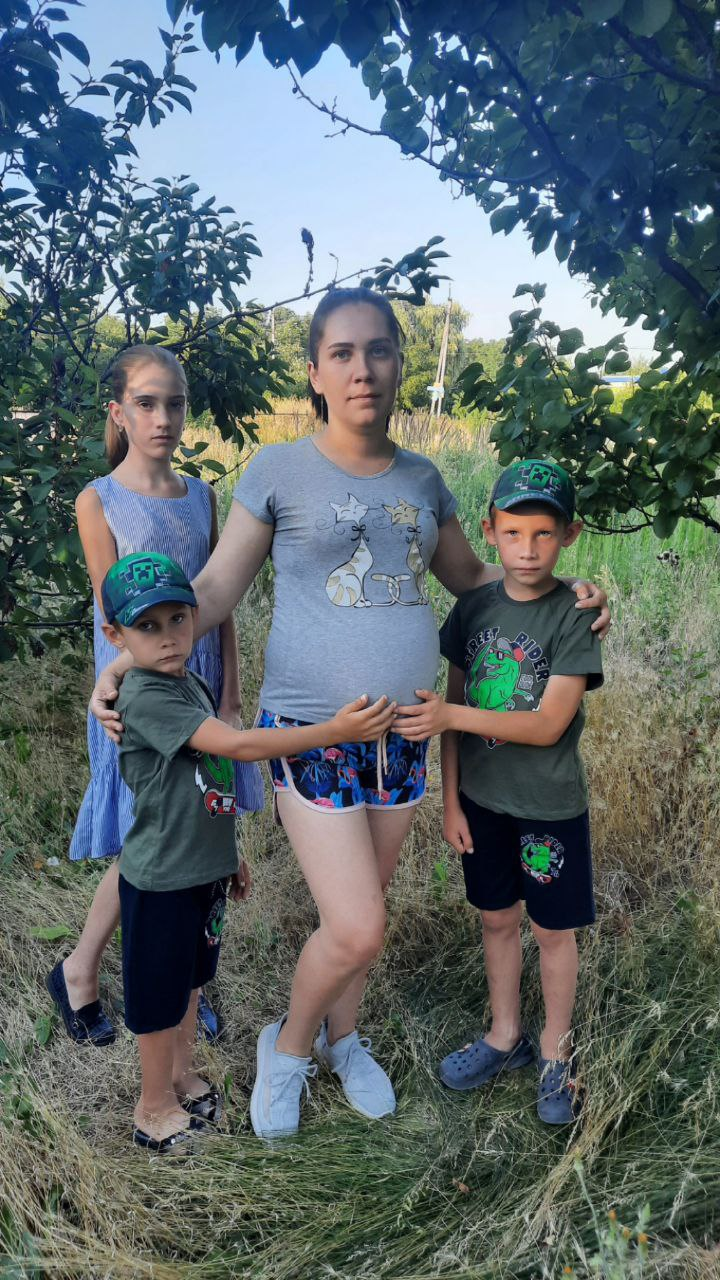 We help families affected by the war: Khrystyna’s family from the Donetsk region

By МАМА плюс ЯJuly 18, 2022July 20th, 2022No Comments
This family was evacuated from Siversk to the Dnipropetrovsk region, although it is the second time that they have been displaced.
The girl took care of her two sisters, having two sons of her own. Now she is expecting her third child. Currently, the family is left without a home, a job, any things for the future baby, forced to live in a foreign place.
“My whole family lived in Horlivka, when the war started there, I went to Siversk (Bakhmut district), my sisters and mother stayed to live in Horlivka. In 2018, my mother died and my sisters were left alone, Nastya was 14 years old then, and Ksyusha was 9 years old. We didn’t have a father, they lived only with their mother.
When I was informed that my mother had died, I went to Horlivka the next day (it was already an occupied territory). I buried my mother there and tried by all means to get my sisters to the city where I lived with my children (I already had 2 sons), we were not allowed to leave Horlivka, but I found a way and took Nastya and Ksyusha out of there.
In Siversk, Bakhmut district, Donetsk region, I took care of them. But now our city has been almost completely destroyed by shelling.
We left the house and everything in it, now we are resettled. Nastya is no longer under my care, she was 18 years old in January, and Ksyusha is now 13.
I also have 2 sons (I am a single mother to them) and I am expecting a third child.”
A woman takes care of her sister, raises her own children, and there are not even basic things for the future child. We are collecting funds to collect everything necessary for the baby and help this family.
Estimated amount of assistance: UAH 20,000
Privatbank card: 5363542012181138
PAYPAL: fundmomplusme@gmail.com